Our sustainable refrigeration technology is the solution for the future

With SKADEC you have the right partner at your side when it comes to future-oriented and environmentally friendly refrigerants. Propane R290 as refrigerant convinces especially with its very good thermodynamic properties, with a low GWP of 3, and that it is not affected by the F-Gas regulation. The use of fluorinated greenhouse gases is regulated by the European Parliament in the F-Gases Regulation (EU) No. 517/2014 and in Directive 2006/40/EC. The F-Gases Regulation, which was rewritten in 2014, has been in force since 1 January 2015 and significantly tightens up Regulation No 842/2006, which was previously drafted in 2007. The objective of the new regulation is to contribute to reducing the F-gases in tonnes CO₂ equivalent put into circulation in the EU by 70% by 2030 compared to 1990. The reduction of the available quantity on the market and additional taxes on HFC refrigerants from 2015 will inevitably lead to supply shortages and an increase in refrigerant prices, which will force HFC refrigerants out of the market in several steps. The aim is to encourage manufacturers of refrigeration equipment to invest in new future-proof refrigerants.

With the new regulation, new installations with a filling quantity of 40 t CO₂ equivalent or more from 1 January 2020 may only be filled with refrigerants with a GWP lower than 2500. A further tightening for new installations will come into force from 01.01.2022. From then on, new machines in the commercial sector with a capacity of more than 40 kW may only be filled with a refrigerant with a GWP of less than 150. As an exception to this rule, F-gases with a GWP of less than 1500 may still be used in the primary refrigerant circuit in cascade systems. The European Parliament is already discussing a further tightening of the F-Gases Regulation (EU) No. 517/2014 to further increase the reduction of CO₂ emissions. A reduction in emissions of 80-95% by 2050 is under discussion, so in the long term only refrigerants with a GWP of less than 150 are sustainable. 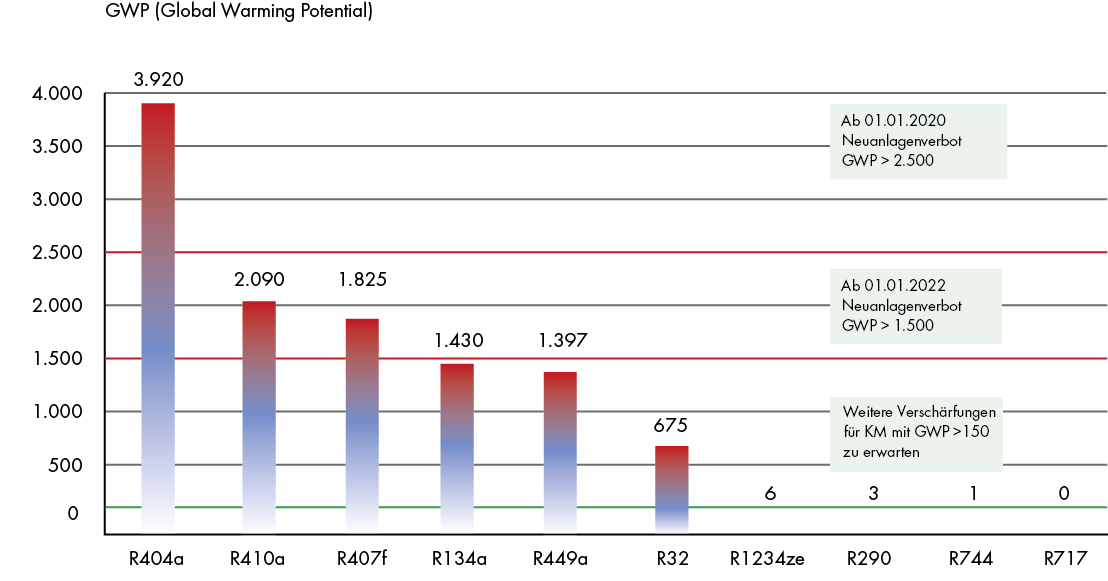 Where will refrigeration technology be in 10 years? 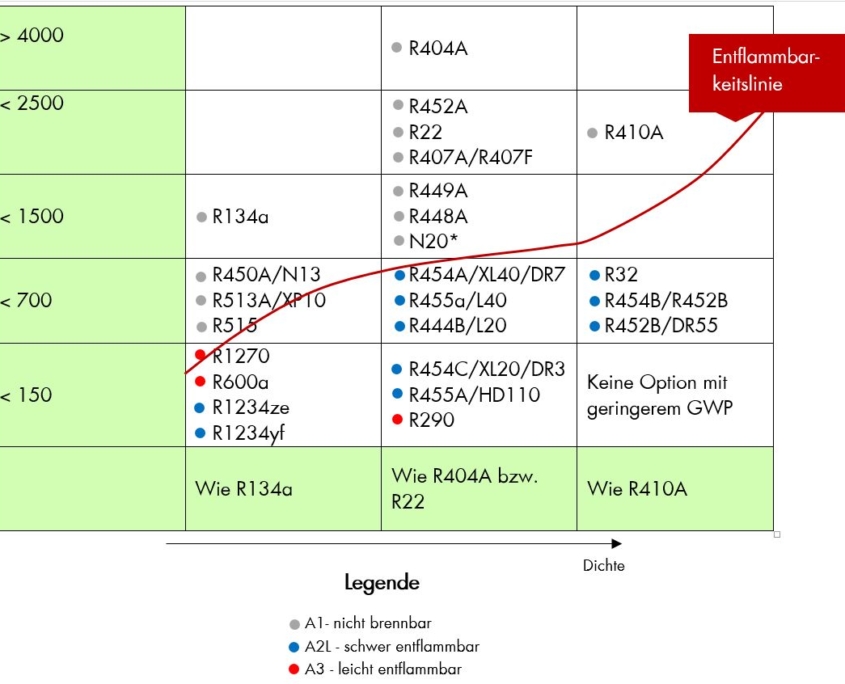 Send us an E-Mail